The great joy of travel is being able to experience the unique cultures of different countries and regions and a central part of this is the food they eat. We spoke to Rory from Hampers With Bite who suggested the following are some of the best places to visit around the world for travelers that want to experience great cuisine.

Although sushi and sticky rice might be the first things that spring to mind when considering Japanese cuisine, Tokyo is often ranked number one on the list of best global food destinations. The city actually has more places to eat than New York city and is also home to more Michelin starred restaurants than any other city in the world. Known worldwide for its sushi, yakitori and Wagyu beef it is no wonder food is considered one of the pillars of society in Japan.

New Orleans’ distinctive approach to food is informed by the city’s multicultural heritage drawing on elements of Native American, African, Caribbean, Creole, South American, Cajun and French food traditions. Known for its spicy Cajun approaches to seafood and meats, the use of West African vegetables like okra and rice in gumbo, and the famous po-boy sandwich (French bread stuffed with seafood or meat), New Orleans provides a unique melting pot of flavors that is truly unique.

While French cuisine is celebrated globally for its sophistication and Paris tends to be the focus for travelers wanting to experience it, Lyon has become recognized internationally as one of the best food cities in the world. Sourcing produce from its local area and wines form the neighboring Rhone Valley and Beaujolais, the city is also surrounded by other centers of regional fine cuisine such as Charolais and Dombes.

Drawing on Arabic, Mediterranean and Spanish culinary traditions, the uniquely flavored and subtle cuisine of Morrocco finds its best expression in its western city of Marrakesh. The abundance of local, fresh produce is combined with rich combinations of spices to create dishes with unique flavors. Some of the best food in the city can be found in street side stalls in vibrant marketplaces that make for a memorable dining experience.

The coastal city of Lima located on the shores of the Pacific Ocean is famed for its seafood, particularly its iconic ‘ceviche’ consisting of raw fish cured in lime juice. It has, however, much more to offer for the culinary minded and has among the highest number of restaurants in the world-renowned Best Restaurant list. It offers options such as the fusion of Chinese and Cantonese cooking featuring Peruvian ingredients among its truly eclectic approach to fine dining.

While almost any region in Italy could feature on this list, Florence has a tradition of preparing rustic food in a distinctive style that has remained unchanged for generations and the roots of which date back to ancient times. World-class olive oil, cheeses and meats, among other ingredients, are used to create simple meals such as richly sauced pastas and braised rabbit that, while originating from peasant fare, have been elevated and perfected over the years into fine dining at its best.

Although historically the English were regarded as creators of a notable cuisine, today the capital London features some of the finest restaurants in the world, each more stylish than the other and drawing on culinary traditions from around the globe. The restaurant scene there is constantly changing and can range the gamut of food options from molecular gastronomy to up-market Indian to posh burgers all whilst offering unusual and high-quality ingredients from all over the gold.

Cartagena has become a top destination for food lovers because of the way the city’s restaurants and street carts are combining local flavors in delicious ways by drawing on a melting pot of culinary techniques. Melding Spanish, Caribbean, African and specifically local traditions, it produces an amazing array of textures and flavors that have made this a go-to destination for those looking for the best in South American cuisine.

This city is so famous for its unique street food that it is a tourist attraction in its own right with some of the best even awarded Michelin stars. Featuring rows and rows of food stalls on street corners that sometimes spread across entire neighborhoods they offer classic Thai curry dishes as well as meats and seafood cooked in sizzling woks. The city also has its fair share of fine dining restaurants including the globally known Gaggan (that serves German food) and Bunker (American dishes) so that visitors will never be short of choices of dining experiences.

As Australia’s largest city, Sydney epitomizes the country’s multicultural makeup and has the food choices to prove it. As a truly international city it offers food from all over the world, but its cuisine is particularly influenced by its neighbors in the Pacific region and displays Asian influences. Aside from this it offers styles of food produced by immigrants to the country over the generations including Italian, Greek, Japanese, Lebanese, Vietnamese and Thai among many others.

Mexican cuisine has ancient origins drawn from its indigenous peoples going back to the Aztecs that has also been informed by later Spanish colonial influences. The UN has designated traditional Mexican cuisine with its intangible cultural heritage designation and for good reason. The emphasis on farm-fresh ingredients and the use of unique ingredients (crickets, anyone?) as well as its well-known contributions to fast-food, such as the taco, have made Mexican food famous around the globe. The regional food in Mexico is much more sophisticated, however, in its depth of flavor and preparation than what is regarded as Tex-Mex and has been exported around the globe. Eating tacos or tortillas from a street market in the city is a true gastronomic delight, according to people that have eaten them, compared with their commercial imitators sold in supermarkets. 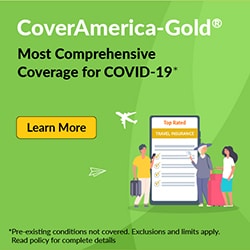